Slasher movies and private detective thrillers are both very popular among moviegoers. Deviant Behavior (2017) is a successful blend of these two cinematic genres. Great performances and high levels of tension have a lot to do with that success.

In the movie, a sleazy private detective named Charlie Reese reluctantly takes on a missing person case. His investigation leads him to a transgender psychopath and his brutal partner, both of whom are responsible for a slew of murders. 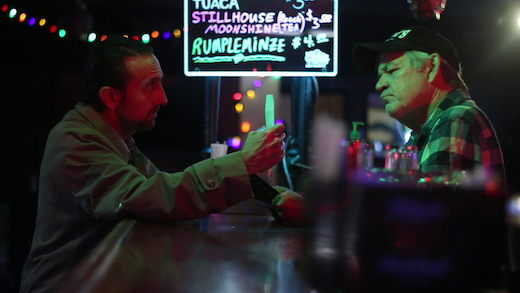 Eric Rodrigue plays Charlie in the movie, and looks a little like Nicholas Cage. More importantly, he gives a strong performance as the lead character. His relationship with Roxy (Tania Monroy) is one of the highlights of the film.

The film also features both John Dugan and Ed Guinn from The Texas Chain Saw Massacre (1974) in supporting roles. It’s was great to see them again, especially since they had such relevant parts to play here. Deviant Behavior is connected to Tobe Hooper’s film in other ways too…

Like The Texas Chain Saw Massacre, this film delves into themes of sexual perversion, torture and self-mutilation. There is also a family dynamic in both films. Director Jacob Grim deals with these themes in a direct and sometimes shocking way. 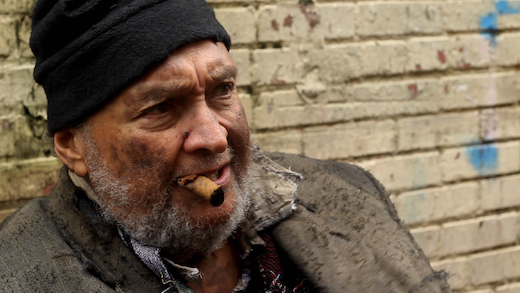 The special effects by Sal Hernandez and Jacob Grim are very effective and often gruesome. Fans of realistic-looking gore will be pleased with the effects. Some of the best and bloodiest moments take place in Hunny’s kill room.

The music in the film is also very good. The original songs were performed by TwitchBlade, Death Disco, Koruptore, and Jon-Vega. I was amazed to see that Eric Rodrigue was involved with writing, producing, and mixing all of the songs. Clearly, he’s a multi-talented person!

Hunny is an interesting character and a terrifying serial killer. Another film that delves more deeply into her background would be interesting to see. The conclusion of the film is very tense, and Hunny definitely has a lot to do with it. I look forward to seeing more from Grim and STX Media.